When Tabitha and Dennis Dickens adopted Zaiden, they thought they would finally have the baby that would make Tabitha happy. They had hoped that the baby would like like his mother so they could pass the baby off as Dennis’s kid. Unfortunately, things did not go as they had hoped.

They noticed that the kid was growing blonde hair instead of the dark brown his mother had.

“I thought you told me that her husband had dark hair also.”

Tabitha sighed as they went over it yet again. “He does. But she was a whore, Dennis. That kid could have anybody for a father.”

“Obviously the father is a blonde. How are we going to pass him off as our own?”

“I don’t know. Maybe we can dye his hair or something.” She gave him a small smile. “Or we can give him back.”

“I don’t even like kids, but even I know that you can’t just give them back. And you made a deal with that man. You can’t go back on that now.”

Tabitha thought about what she had to do to get this boy and sighed. “I know. I just thought he would have dark hair to make it easier to pass him off as your kid.” She put her hand on her stomach. “At least we know these two will look like us.”

Dennis rolled his eyes. “I agreed to let you adopt that boy so you would get off me about having a kid. I didn’t agree to you getting knocked up with two more.”

That hurt. Tabitha could feel the angry tears welling up in her eyes. “You should have thought about that before you decided to take the risk and not use the condom. This is just as much on you as it is on me.” By this point, she was yelling at his back as he walked away from her. Tabitha sat down on the sofa beside Zaiden. “You really know how to fuck things up for me, don’t you? Why couldn’t you look like your damn mother instead of whatever sperm donor she was fucking when you were conceived?”

Zaiden had no clue what she was talking about but could tell she was upset. He offered her some of his grilled cheese hoping it would make her happy again.

It did get a little bit of a smile out of her.

“You are a sweet boy. I just wish…” She shook her head and sighed.

Zaiden took his plate to the kitchen like a good boy then went back to set beside Tabitha. She had watched him the entire time thinking that it was a shame that he wasn’t her biological child. He was a good boy and so smart.

Zaiden looked at the two on the couch and decided to tell them a story before they started to fight again. He didn’t like when they would fight. They got so loud and it made him scared.

He babbled about a big monster that lived on top of a really big mountain and would eat any airplanes that flew over his mountain. He told them about the brave boy who climbed the mountain to ask the monster to stop eating the airplanes.

“That’s the stupidest story I’ve ever heard. You can’t even understand most of the words he says.”

“Dennis. He’s still just a baby. Do you have to be so mean to him?”

“My father did not put up with baby talk, and neither will I. I don’t want to hear anything out of him until he learns to talk like a normal human being.”

“And how do you expect him to learn if he can’t practice talking?”

“That is not my problem. It is his. Not one word, Tabitha. I mean it.”

Tabitha sighed and looked over at Zaiden. “Go out in the yard and play until bedtime, Zaiden.”

Zaiden saw his dog friend in the yard and smiled. Rusty was his only friend. At least that is how it feels most days. Rusty belonged to his neighbor but always came over to play with him. He loved it when Rusty was in the yard playing. He hoped his mom and dad would let him have a dog some day. He wanted one like Rusty.

They played together until Rusty’s owner called for him to return home. He gave Rusty a hug and watched him run off through the yard. He knew it was time for him to go back inside too. 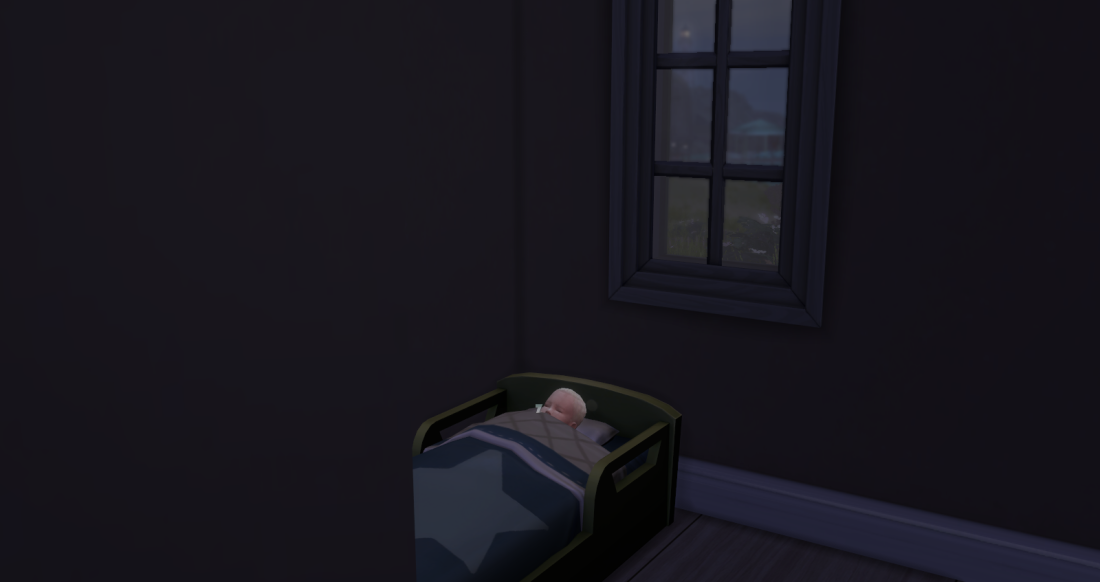 He could hear them still fighting. They were upstairs in their bedroom now. He knew they would probably fight for a long time, so he put himself to bed. At least if is asleep, he wouldn’t hear them fighting.