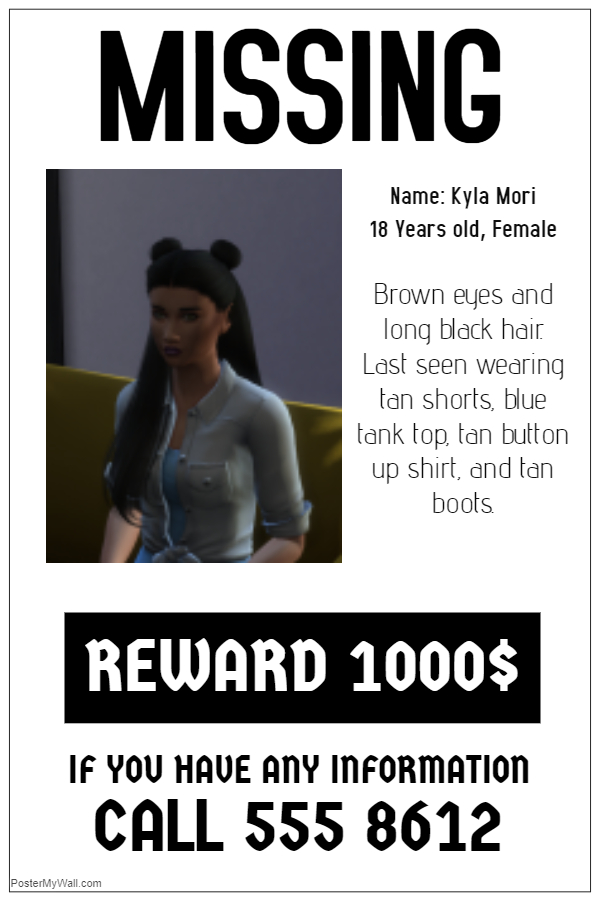 Luke was spending another evening on the corner passing out the fliers with his daughter’s picture on it. He was asking everybody he saw to take a flier and call him if they saw Kyla. He had gotten a few calls, but none of them panned out. The Newcrest Police department says she probably just ran away and they won’t do anything since she is legal age. He shouldn’t be surprised they wouldn’t do anything. They never did find the person who killed Ayaka. First his wife is murdered. Then his daughter goes missing. Nobody seemed to care except him.

He thought about his daughter and the last time he had seen her.

They had been talking in the kitchen while he cooked dinner. He had made macaroni and cheese. It was one of Kyla’s favorites so he made it a lot.

He watched Shanaya with the new girl. He knew that bringing her in was going to be great for business. After losing Ayaka, Deja, and Colleen, he needed some new blood. Well, this new girl wasn’t exactly new blood. It was someone he had been watching for awhile now. He knew that virgin pussy was going to bring him big bucks from the first man to fuck it. It was time to see if this girl knew what to do with her mouth. He had been dreaming of having those lips of hers around his cock for the past few years. He had to wait until she was of age though. And since today was her birthday, she was now old enough for everything he had planned for her.

“Shanaya, you have work to do with the other girls downstairs. Get going. Lock the door on your way out.”

He waited until they were alone in the room, then grabbed Kyla and pushed her face down on the bed. He knew that her pussy was the money maker so he wasn’t going to touch it…yet. There were other ways to get his pleasure from her.